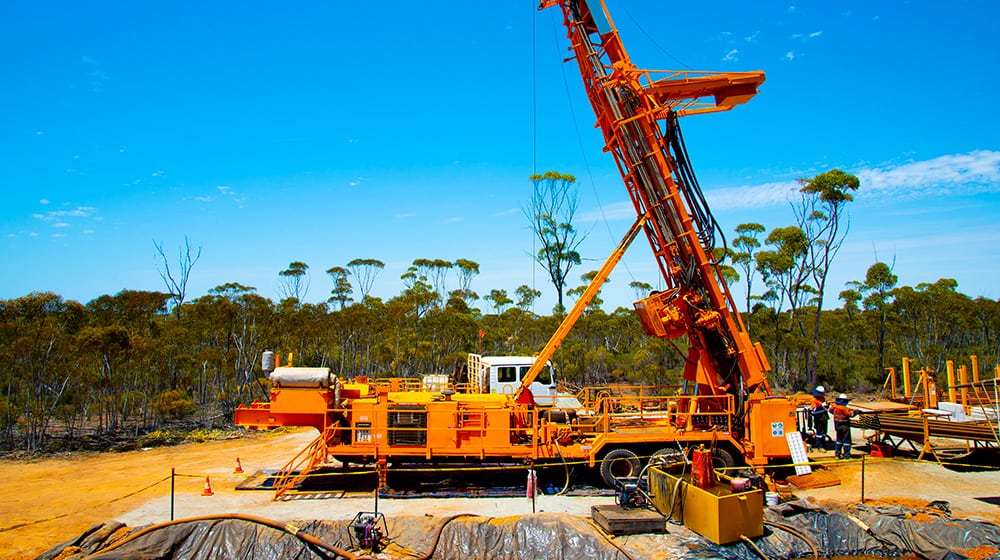 Exploration projects include both early-stage and advanced exploration-stage projects, which generally do not include declared Mineral Resources. In this case, the market value of the asset is primarily based on it’s potential to host mineralisation of economic interest.

The value of an exploration property is generally affected by the results of exploration undertaken on it and its areal extent. The comparative value will also be influenced by the location of the tenure in relation to known mineralisation in the region, and the geological prospectivity of the ground holding.

It is therefore particularly important to consider the outcomes of multiple valuation methods, preferably ones that examine different aspects of the property or different types of potential in deriving valuation ranges. In assessing the value of the project, the valuer should consider the outcomes of as many different valuation methods as is reasonable for the specific project, and that the available data will support. In viewing the value of the project through many lenses; the effects of subjectivity are minimised, and the range of reasonable values is explored.

The amount and type of information available will influence the valuation methods that can be used. For example, it isn’t easy to justify the use of cost-based methods where relevant information on actual costs incurred, and the outcomes obtained from the expenses incurred, are not available. It would also be difficult to contend that a piece of ground was prospective for mineralisation of a type, without information that directly supports the assertion.

The various valuation methods available to the valuation practitioner all follow one of the three main valuation approaches – the market approach, the cost approach, or the income approach.

Valuation methods based on the income approach, such as discounted cash flow analysis, are not appropriate when assessing the value of exploration assets, as there would not be a reasonable basis to forecast future cash flows associated with these assets.

Valuation methods employing the market approach, such as consideration of previous transactions involving comparable assets, is likely to be appropriate, and in CSA Global’s view should always be considered in assessing the value of exploration assets. The outcomes of these methods need not necessarily dictate the valuers’ final opinion on value, but they should be considered in forming an opinion.

When applying these valuation methods, care should be taken in selecting transactions that involve assets that are as comparable as possible to the assets under consideration. It is generally not possible to find several transactions involving entirely comparable assets, so care needs to be taken in selecting relevant aspects of the assets that form the basis for comparability. These material aspects could include target commodity, geographic region, underlying geology, tenure size and type, development stage, exploration results obtained, distance to infrastructure, sovereign risk, or other.

Geoscience rating methods also referred to as the Kilburn method, are also considered to fall within this category, as the state of knowledge of an area is often a factor of the effort expended on exploration.

To some extent, these methods can be viewed as subjective, as the values derived are based on the valuer’s view on the prospectivity of the mineral assets. Different practitioners may rate and rank the same asset differently. Therefore, it is essential to describe any rating schema used adequately and to identify the relevant aspects of the mineral asset that are considered in arriving at the selected ratings. For example, where the multiples of exploration expenditure method are used, the valuer should disclose the prospectivity enhancement multipliers used, and the exploration outcomes that were considered in selecting the relevant multipliers. Likewise, for the Geoscience rating method, the complete rating schema should be disclosed, and the relevant aspects of the mineral asset that were considered in assigning the ratings should be disclosed.

One of the issues to deal with in valuing exploration assets is the generally wide range in reasonable values that is likely to be encountered. This wide range in reasonable values is a function of having to value the project on its potential to host mineralisation of economic interest – the potential is generally not easily quantified, and the range of potential outcomes is of necessity normally comparatively large. The valuer must generally nevertheless narrow down the valuation range to one that is meaningful in the context of what the valuation will be used for.

It is also often the case that the preferred value chosen by the valuer is not the midpoint of the valuation range. This occurs when the valuer believes the most likely value of the asset is closer to either the higher-end or, the lower end of the range of reasonable values.

Forming an opinion on the value of an exploration asset is a non-trivial exercise, and subject to professional judgement at numerous stages in the process. Professional experience in mineral exploration and the valuation of mineral projects is thus critical in forming, communicating, and justifying the valuation opinion.

Trivindren is an exploration geologist with 20 years’ experience in the minerals industry, including 14 years as a consultant, specialising in project evaluations and technical reviews as well as code-compliant reporting (JORC, VALMIN, NI43-101 and CIMVAL) and valuation. His knowledge is broad-based, and he has wide- ranging experience in the field of mineral exploration, having managed or consulted on various projects ranging from first-pass grassroots exploration to brownfields exploration and evaluation, including the assessment of operating mines. He has completed independent evaluations and valuations of numerous mineral assets ranging from early stage exploration properties to multiple operating mines, across various commodities and jurisdictions. Trivindren is a Registered Professional Natural Scientist (Pr.Sci.Nat) in the field of Geology with the South African Council for Natural Scientific Professions (SACNASP), as well as a Member of the AusIMM and Fellow of the Geological Society of South Africa (GSSA).

ONE OF THE FOLLOWING

Why doesn’t the market value of a mining project match NPV?